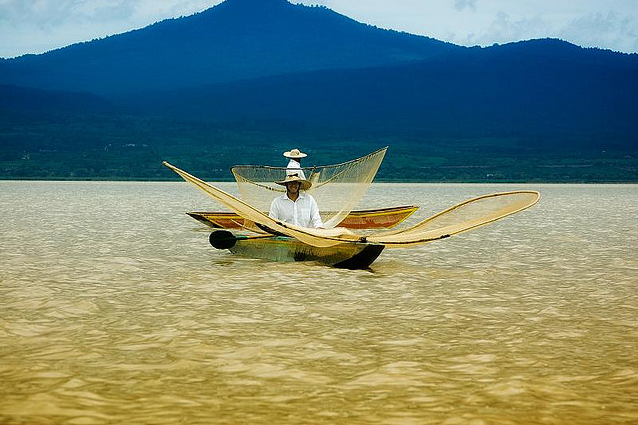 In Mexico, about 90 percent of the nation’s 110 million residents are monolingual Spanish-speakers. But there remain dozens of indigenous languages that have been spoken for centuries. Today, there are about 100,000 Purépecha speakers in Mexico. It’s not clear why, but the Spaniards called them the Tarascos, which comes from the word “tarasque” meaning father-in-law or brother-in-law in the Purépecha language. The Aztecs, at the height of their empire, called them the Michhuàquê in the Nahuatl language, meaning, “those that fish,” and giving rise to the name “Michoacán,” the region in Mexico were they continue to fish and farm and make a life in the fertile volcanic slopes.

Most Purépecha are bilingual, speaking Spanish in addition to their native language. And as indigenous people, they were often shunned by mainstream Mexican society that looked down on them and all native peoples. So they seem an unlikely group to migrate north. But many have called their Michoacán homeland in Central America the “Mexican dustbowl.” Deforestation has decimated many of their hills, and once thriving farms now lay abandoned.

In Seattle, a thriving Purépecha community has emerged over the past decade. KUOW’s Liz Jones spent a considerable amount of time with this growing village within the city, and we present her report as part of Latino USA’s series New American Voices.

One thought on “The Purépecha Communities”