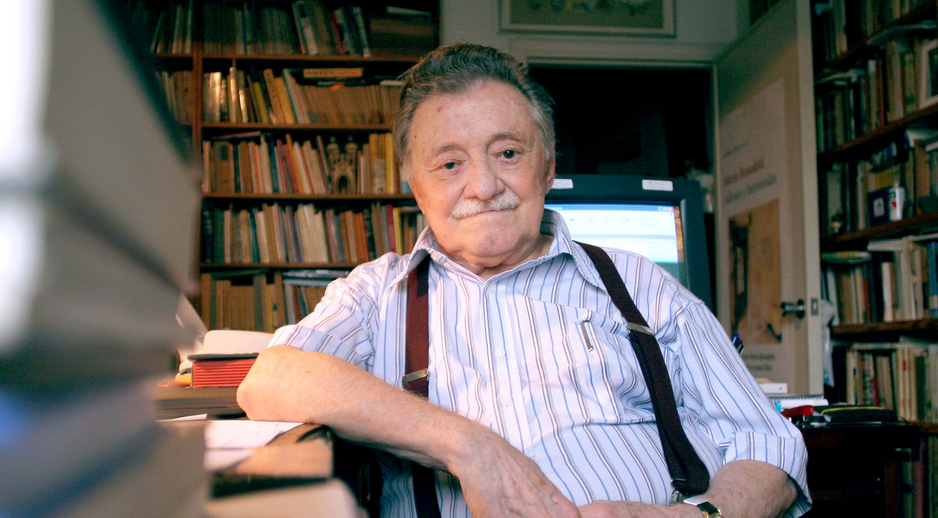 In Latin America, he was as famous as Gabriel Garcia Marquez, Isabelle Allende, Mario Vargas Llosa, and Carlos Fuentes. But in the English-speaking world, Mario Benedetti was largely unknown. And in Montevideo, Uruguay, Benedetto was not only famous, but beloved for what many say was his knack for capturing the essence of Uruguayan life, a great observer and recorder of the ordinary. Crowds of admirers used to gather at his public appearances to hear him read from his poems, essays, novels, and short stories.

Mario Benedetti died May 17 at the age of 88 in Montevideo.

While native to Uruguay, Benedetti was forced into exile from 1973 through 1985 when military dictatorships ruled the country. For a time, he lived in Lima, Buenos Aires, Havana, and Madrid. But in the end, he was considered the quintessential Montevideano.
Adriana Dominguez is a book editor who grew up in Uruguay. She writes a blog on Latin American authors called “Voces.”