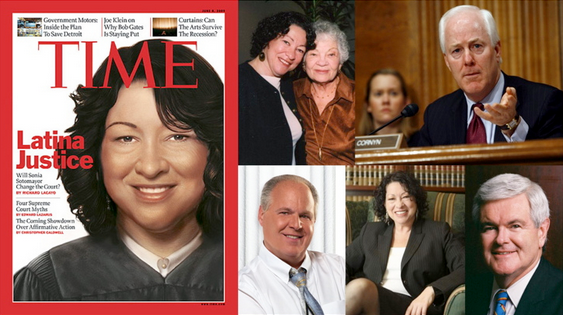 From the cover of Time Magazine to attacks by conservative pundits, Judge Sonia Sotomayor has garnered the attention of political elites and Latinos. She even has a song, “The Sotomayor Mambo,” newly dedicated to her.

Since the 1980s, nothing has become more political in Washington than Supreme Court appointments. So it comes as little surprise that Sotomayor would be targeted, attacked, defended, spun, counter-spun, and generally have her life put under an intense microscope. This has happened with past court appointees. And the fact that she is a Latina clearly does not make her immune to the same political battering. But the “racist” talk was getting to a point that a Texas Republican senator had to come out in her defense.