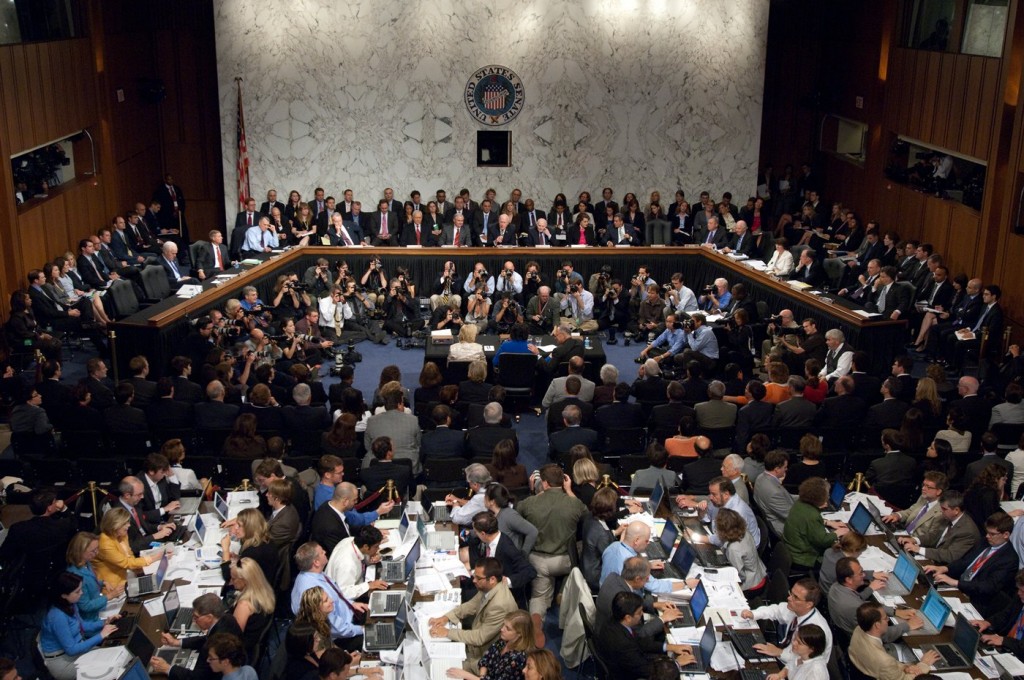 Hearings before the Senate Judiciary Committee began Monday 13 July for Judge Sonia Sotomayor, nominated by President Barack Obama to be the next Associate Justice of the Supreme Court of the United States. If confirmed, Sotomayor would be the third woman to serve on the nation’s highest court, and the first Latina.

The week of testimony and questions from the Committee was, at times, pointed and sometimes playful. Reporter Patricia Guadalupe reports from Washington.

The Senate Judiciary Committee has made all of the hearings available for viewing. Here are links to the four days of testimony before the committee.

The Committee has scheduled a vote on Sotomayor’s nomination for Tuesday 21 July at 10:00a ET.

One thought on “Sotomayor Meets the Judiciary Committee”