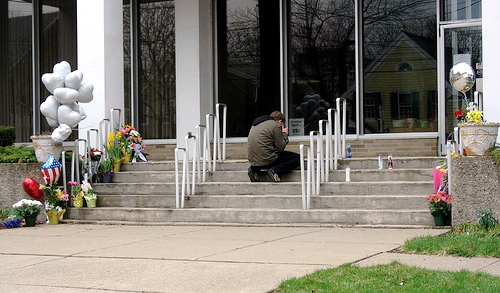 At one point in its history, Binghamton, New York was a major destination hub for immigrants. At the height of the industrial revolution of the 19th Century, immigrants from Eastern Europe and other countries poured in to work in one of fifty cigar factories. Two generations later, as cigarettes replaces cigars, other industries absorbed this immigrant population. But for the most part, new immigrants found other places of the country as their new home destinations.

While their numbers were fewer, immigrants still made Binghamton their home at the turn of the 21st Century. But instead of coming from mainly Eastern Europe, these were a much more diverse lot. They came from China, Latin America, Southeast Asia, the Caribbean, the areas of Persia, and Africa.

Despite their varied backgrounds, these new immigrants in Binghamton, New York had a common place to gather, to learn, to support each other, and to unite them. It was the American Civic Association. And it was here that on April 3 of this year that one of their own organized a killing rampage that left 14 dead, including the gunman.

Six months later, radio producer Brian Mann takes us back to Binghamton, New York to see how this wounded community is coping.