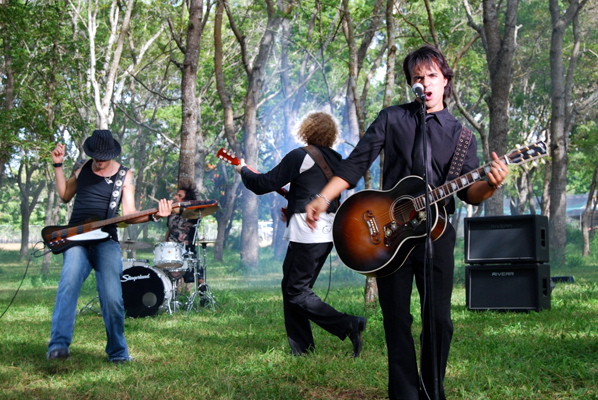 Luís Fonsi was born in San Juan, Puerto Rico but grew up in Orlando, Florida. He had always dreamed of being a musical performer and majored in music at Florida State University, where he signed his first recording contract.

Today, Fonsi is an international star, recording not only pop ballads and internation hits, but appearing in telenovelas throughout the Spanish-speaking world.

Fonsi’s latest record, Palabras del Silencio, has recently garnered Grammy nominations. And this week, he was selected to be part of an all-star lineup for the Nobel Peace Prize Concert to be held in Oslo this December.

Before the Nobel concert announcement, Fonsi sat down with Latino USA’s Maria Hinojosa to talk about music and acting.