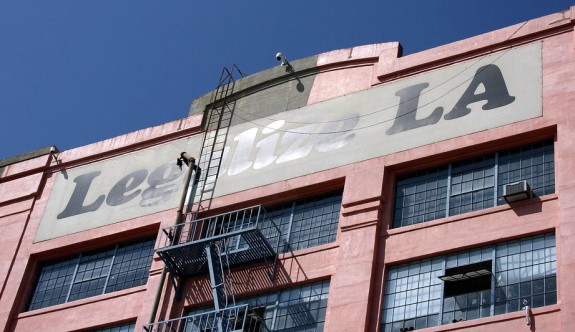 In many ways the Los Angeles-based clothier American Apparel has been ahead of the social-political curve. A model for “sweatshop free” American-based manufacturing, American Apparel has long called for immigration reform, fair wages, domestic partner equality, and other controversial issues. In fact, its Los Angeles factory proudly bears the banner “Legalize LA” across its building top.

The fact that undocumented immigrants were working for decent wages with paid healthcare benefits at the clothing factory was something of an open secret. Company officials say they followed the law to the letter in their hiring practices. Still, hundreds of its employees with fake documents were working for the company. But instead of a massive workplace raid where people were shackled away and charged with criminal acts of identity theft, American Apparel was hit by something different by federal immigration officials – employer sanctions and hefty fines. Now, the company is being forced to fire more than one-fourth of its employees – 1800 people in all – because of pressure by federal immigration authorities.