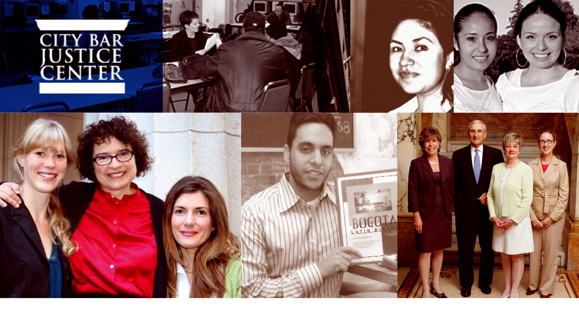 The number of people held in detention centers has tripled over the past decade according to Amnesty International. As federal immigration authorities have
detained more immigrants facing deportation there have been efforts to streamline the deportation process. Usually a hearing is held, the immigrant may not understand their defenses to removal, and a ruling is quickly rendered without legal counsel present.

A new report by the City Bar Justice Center based in New York says nearly 40 percent of all detained immigrants interviewed in NYC’s Varick detention facility
have valid legal claims to remain in the country and defend against removal. Lynn M. Kelly is the executive director of the City Bar Justice Center. She spoke with Latino USA’s Maria Hinojosa.