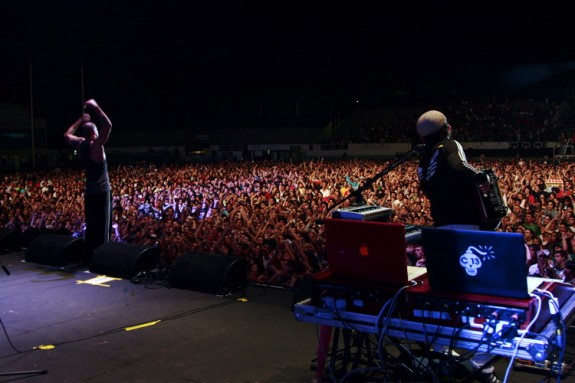 Argentine folk singer Mercedes Sosa, known as the Voice of Latin America not only for her artistry but her championing of social causes, passed away Oct. 4. Her last album, Cantora 1 won two Latin Grammy awards including Best Folk Album.

Calle 13’s Pérez, known for his irreverent attitude, made perhaps the evening’s most touching gesture in calling onstage Sosa’s producer/musical director Popi Spatocco to hand him the Album Of The Year statuette. Pérez participated in Cantora 1, which had also been nominated in the Album Of The Year category, but lost to Calle 13’s Los De Atrás Vienen Conmigo.