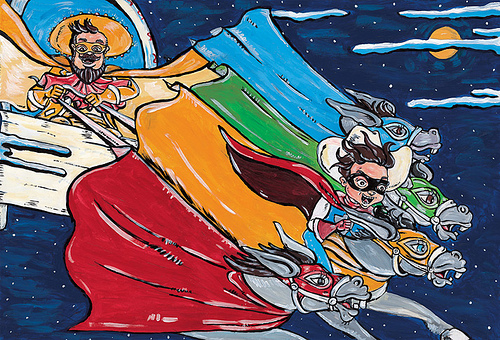 Santa Claus, of course, is known for his holiday gift-giving. But he is known by different names in different cultures around the world. Saint Nicholas, Father Christmas, Kris Kringle, Papa Noellë, are some examples of Santa’s names. Also, many regional “Santa’s helpers” can be found that are more culturally specific to the communities.

Lessor known than his famous cousin, Charro Claus speaks both English and Spanish, wears a big Mexican sombrero, and helps his cousin from the North Pole. San Antonio writer Xavier Garza captured his story in a children’s book titled Charro Claus and the Tejas Kid published by Cinco Puntos Press.