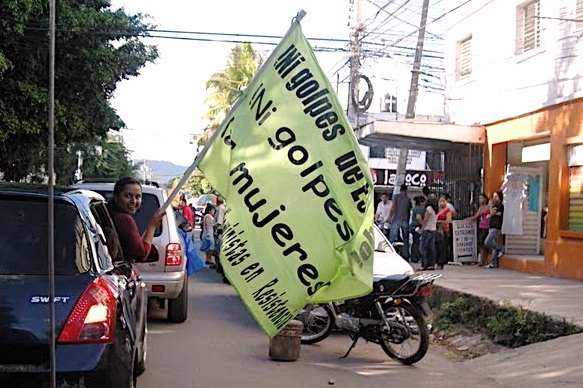 In the days before the coup in Honduras that forced President Manuel Zelaya out of the country in his pajamas on June 28, 2009, several women’s rights organizations had been organizing for constitutional reforms. Within hours of the coup, these same organizations quickly took to the streets, calling on the de facto government to respect the country’s constitution and democratic institutions. According to leaders within these groups, many protestors were met with repressive tactics by police and military and these human rights violations have not been addressed. Lisa Veneklasen is the founder and executive director of Just Associates (JASS), an international organization supporting women’s rights advocacy and political organizing in 30 countries in Southeast Asia, Southern Africa, and Mesoamerica. Veneklasen says many of the human rights groups in Honduras continue to look to the Obama Administration to support their pro-democracy stance and to pressure the Honduran government to investigate and prosecute human rights abuses.

Listen to the EXTENDED CONVERSATION: