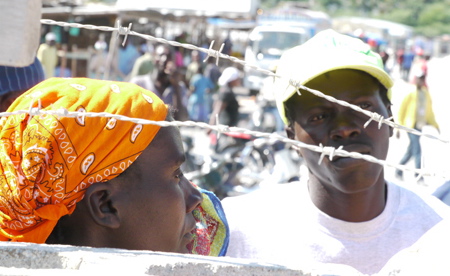 In 1804, Haiti declared its independence after a series of battles between French troops and slave armies. By 1809, some 10,000 former Saint-Domingue residents – many of them freed Blacks – had resettled en masse in New Orleans as a consequence. The success of the Haitian Revolution impressed Simon Bolivar, the great Latin American liberator, who received arms and finances from Haiti during some of his campaigns. Haiti’s only condition for that support was for Bolivar to free any slaves he encountered as he liberated former Spanish colonies. In 1825, France sent a massive armada and threatened to retake its former colony. In exchange for recognizing Haiti’s independence, France imposed a massive foreign debt on the nation. The debt was so punitive that Haiti was still paying it well into the 1940s. At one point, in order to service that debt, Haiti occupied its Spanish-speaking neighbor on the island of Hispaniola. To this day, the Dominican Republic celebrates two days of independence: One for its independence from Spain, and the other for its independence from Haiti.

In 1999 writer Michele Wucker authored a book titled Why the Cocks Fight: Dominicans, Haitians and the Fight for Hispaniola. Wucker, executive director of the World Policy Institute, says the relationship between these two former European colonies is as complicated as Haiti’s relationship with the rest of Latin America.