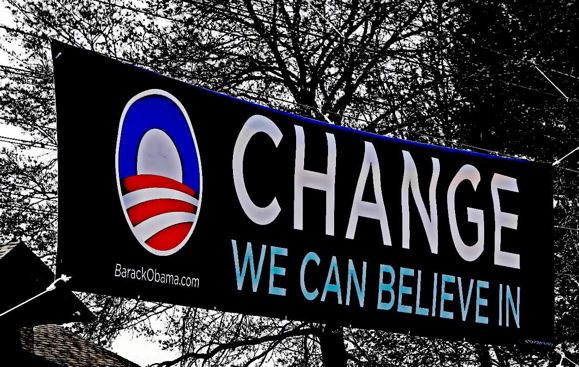 When President Obama was just a candidate, his campaign slogan was “Change You Can Believe In.” Now, one year after assuming office, President Obama has been criticized for not being the change agent that candidate Obama so vigorously sold to the American people. In recent years Washington politics has been exemplified by legislative bottlenecking where compromise is no longer eschewed, particularly as both major parties are being pulled away from the political center towards the extremes. In such an environment, being a change agent seems daunting. In fact, governing itself often becomes a challenge.

To examine this issue, Latino USA’s Maria Hinojosa gets away from the Beltway and speaks with grass-roots activists from opposite sides of the political spectrum. Dan Maloney has long been a conservative activist and is currently a Tea Party advocate based in Long Island, New York. Ruben Castilla Herrera is a progressive community activist based in Columbus, Ohio.