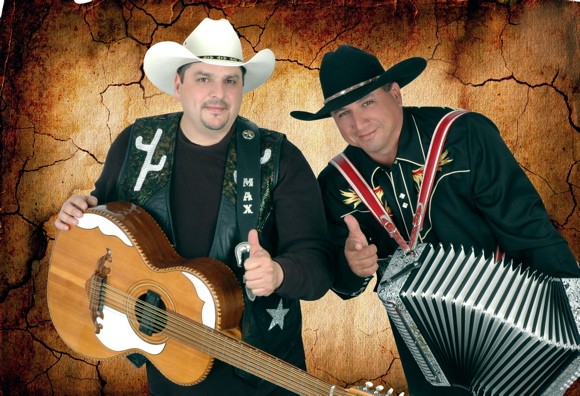 Max Baca formed his San Antonio-based conjunto band Los Texmaniacs in 1997. In Tejano music circles, conjunto is the pairing of a twelve-string guitar called a bajo sexto and a button-accordion. Over the years, the members of Los Texmaniacs have changed. Their most recent incarnation features bassist Oscar García, drummer Lorenzo Martinez, and La Tropa F front man David Farias on accordion. Shortly after their Grammy win, Baca and Farias visited the Latino USA studios in Austin, bringing their bajo-sexto and accordion with them.