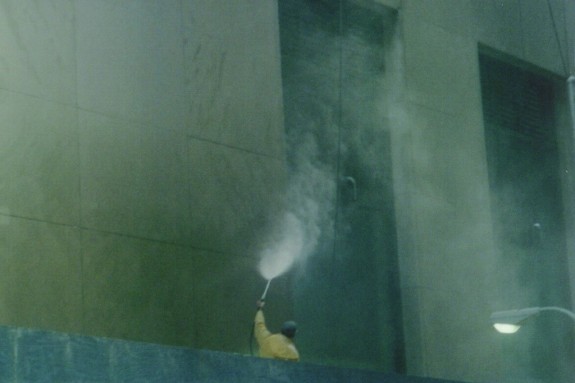 In the hours immediately following the attack on the World Trade Center, a call went out for help. People were needed to sift through the debris and to begin to clean up the rubble that piled in the footprint of the twin towers.

It was delicate and back breaking work. Many responded generously and put themselves in harm’s way to sift carefully through the ash and dust: this was a mass gravesite, and the work was considered sacred in some very real way.

Some of those who responded in 2001 lack the documentation to live in the U.S. legally. That is complicating their attempts to receive medical care for illnesses they say stem from their cleanup work. This week, many of them met in New York to call for reform of the nation’s immigration laws.

Maria talks with José Gaviria, one of the workers who responded to the call for help at Ground Zero and with Daniel Coates, a communtiy organizer with Make the Road: New York, which sponsored the gathering of 9/11 workers.