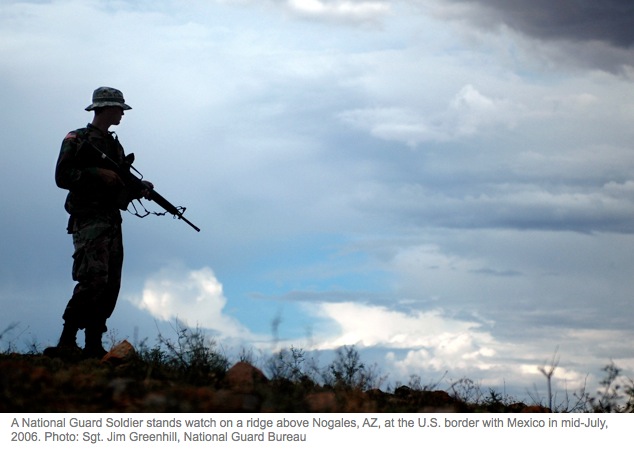 This week, the Obama Administration announced that the National Guard will be sending 1200 troops to the four states that form the U.S. border with Mexico. It is not the first time National Guard troops have been sent to the border, but it may be the most controversial deployment. One activist told us: Arizona is a caldron of emotion.

The White House says the National Guard deployment is to assist the Border Patrol in drug interdiction and to combat narcotic and gun trafficking, not the apprehension of migrants. But people on the ground in Arizona say the move is being read as an indication that Latinos are an “invading horde” needing to be stopped at the border with military force. Cecilia Muñoz is a longtime civil rights activist — the former Vice President at the National Council of La Raza. Now she directs Intergovernmental Affairs at the White House and is one of the highest-ranking Latinos in the Administration. We wanted to ask her the question we are hearing lots of people ask: What is Obama Thinking?