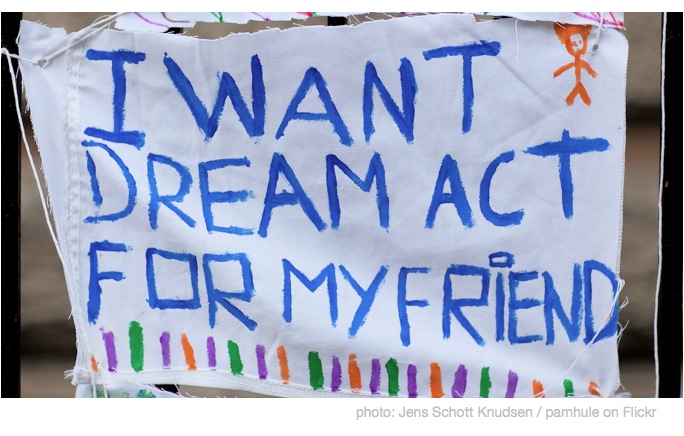 The next few weeks will show whether the grassroots agenda of a group of undocumented young people—many of whom were brought to the United States at a young age by their parents—will gain the political traction it needs to change the laws in a country that continues to struggle with the welcoming of newcomers.

The DREAM Act will be amended to the Senate’s Defense Authorization Bill in the week ahead.

It’s a historic moment, one which Congressman Luis Gutierrez says is not just political theater. Listen as Maria and Gutierrez talk about the developments in Washington this week, which included breathing new life into talk of Comprehensive Immigration Reform for the nation. Then listen as Maria turns to Deepak Bhargava, the Executive Director of the Center for Community Change, who concurs with the Congressman in the view that this historic moment in the life of the nation was made possible by the work of young activists.