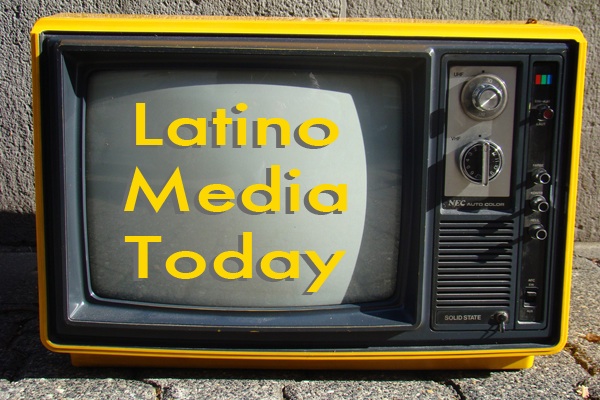 On this week’s program, we look at Latinos and the media: particularly, television. The Latino audience is a force to be reckoned with in the United States. Content produced for Latinos, both in Spanish and in English, is widespread–and hugely profitable. Recently, the Nielsen company reported that Univision is the most popular television network — that’s any network — for viewers 18-49 years old.

The programming on Univision runs the gamut from the serious, to the sensual, to the silly: Noticiero Univision, the network’s evening newscast, airs weeknights with anchor Jorge Ramos and María Elena Salinas. The network’s telenovelas include Soy tu dueña and Eva Luna, among many others. And no Saturday evening would be complete without an appearance by the master showman Don Francisco, longtime host of Sábado Gigante.

To examine the role that Latinos play in the media, and how the media has a role in communities throughout the United States and Latin America, we turn first to the University of Texas at Austin’s America Rodriguez.

Another perspective on Latinos and television comes from Flavio Morales at Mun2 [pronounced: mun-dos]. It is a hugely popular music and entertainment channel aimed at young Latinos. One of the most interesting things about the channel is that its hosts are continuously engaged in a complicated dance of code-switching, bouncing back and forth between English and Spanish within a single sentence. The rapid-fire Spanglish, and the channel’s tone and content, mirror the interests and behaviors of young Latinos.