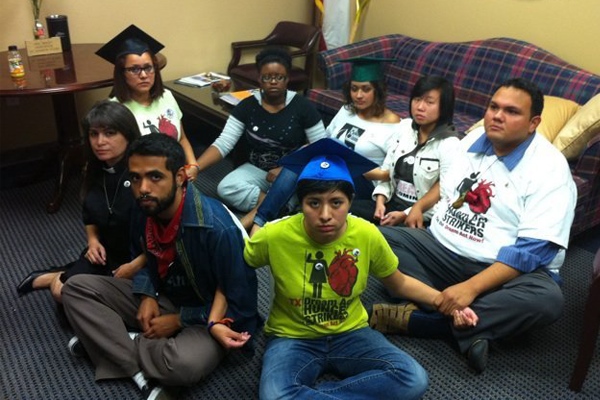 The DREAM Act — the Development, Relief and Education for Alien Minors Act — received its first-ever vote in the U.S. of House of Representatives: and it passed. The measure faced a Republican filibuster in the Senate, and Democrats tabled it.

Thousands of student activists across the country have been advocating for its passage, often through acts of civil disobedience and non-violent protest. What’s clear, no matter the legislative outcome during this lame duck session of Congress, is that lots of young people have been politicized by this particular struggle.

We wanted to put one of those young activists together with a veteran organizer, someone who has more than her share of victories and defeats under her belt: Dolores Huerta, co-founder of the United Farm Workers.

Maria invited the two women to talk about the next steps for the DREAMERS.