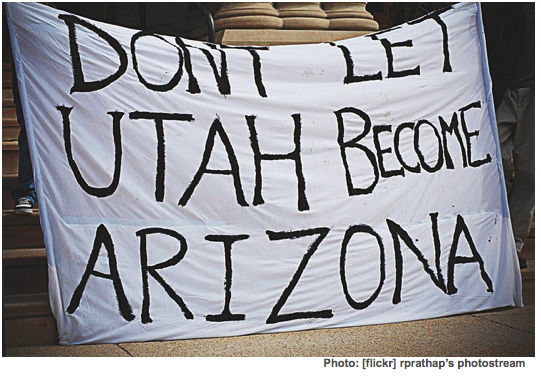 The passage of Arizona’s SB 1070 started a dialogue about immigration that prompted some states to start passing their own immigration laws in the absence of comprehensive reform at the federal level. In the red state of Utah the government is hoping to implement a unique approach to immigration. They passed a similar bill to Arizona’s SB1070, but also passed two other bills that create a guest worker program and offer undocumented immigrants legal status. States aren’t allowed to create their own immigration policies, but Utah’s Attorney General Mark Shurtleff is hoping the federal government will grant Utah a special waiver. He initiated the conversation about having a guest worker program, and is hoping the president will consider adopting it as a national strategy. Maria Hinojosa spoke with Mark Shurtleff about the thinking behind Utah’s new approach to immigration.

One thought on “Utah’s New Approach to Immigration”