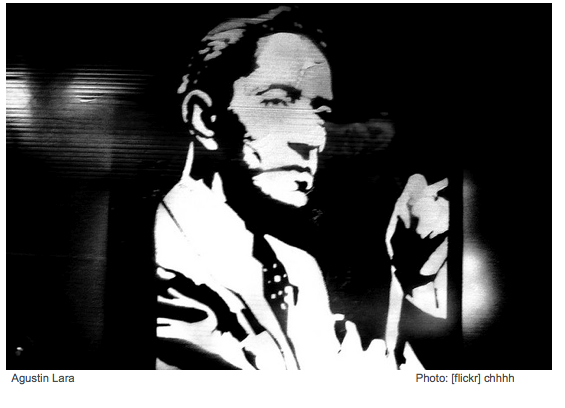 Agustin Lara’s musical career started in his early childhood and it turned him into one of Mexico’s greatest legends.  He composed over 400 songs that have been recorded by world-renowned artists, ranging from Andrea Bocelli to Nat “King” Cole.  Best known for his passionate boleros, Lara also created rancheras, fox trots, waltzes, tangos, paso dobles, and even an operetta.  In the 30’s he became a major contributor to a new, yet flourishing Mexican film industry –  and he composed music for Santa, one of Mexico’s first films with sound.

There are many stories behind his music. Producer Angelica Luevano is in search of what made Lara one of the most influential musical personalities of Mexico.

Listen to one of Agustin Lara’s biggest hits, Veracruz