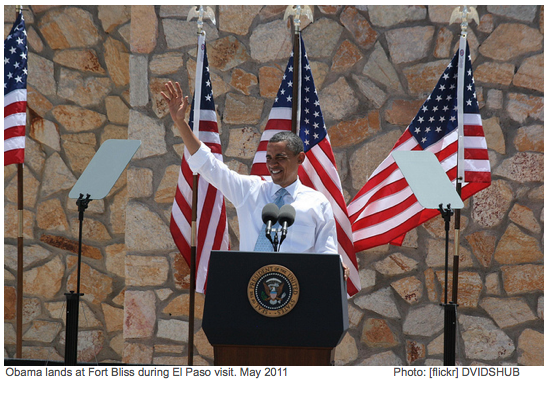 As Presidential campaigning begins to heat up, eyes are once again being cast on the Latino vote. Even Obama is in on the action, making visits this month to Puerto Rico and El Paso, Texas in hopes of wooing the Latino electorate. But unlike 2008, the President is receiving a lukewarm reception, because this time around it’s more than just about jobs and the economy for Latinos. It’s about immigration. Now many Latinos are upset with Obama and the Democrats’ for their inaction on the issue, and equally offended by the Republican’s hostile anti-immigrant rhetoric. So what will it mean in the next election if immigration reform isn’t addressed? Will Latinos become disillusioned and not vote? Will they abandon support of the President? Or will they put their hopes in Obama’s second term?

Maria Hinojosa talks to Maria de los Angeles “Nena” Torres, Director and Professor of Latin American and Latino Studies at the University of Illinois in Chicago and Maria Teresa Kumar, Executive Director of Voto Latino, to find out how Latinos will push back on their lawmakers – both at the polls and on the streets.