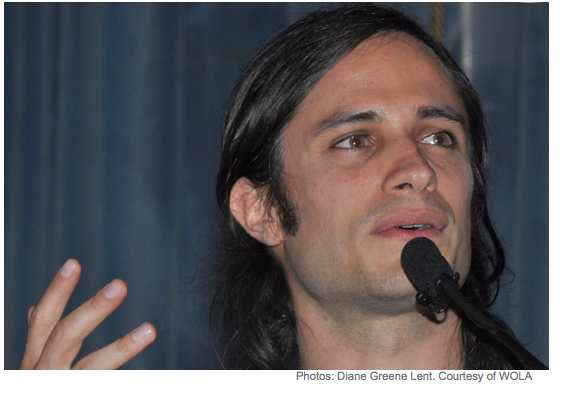 Gael García Bernal is one of Mexico’s biggest Hollywood exports — known for such films as Babel, The Motorcycle Diaries, and Y Tu Mama Tambien. His box-office and critical success has allowed him to pick his share of projects. It’s a luxury he uses wisely. With a passion for social and political justice, Gael raises awareness about human rights issues in his work behind the camera as a producer and director. Now he takes a closer look at the violence now plaguing his native Mexico in his latest film, Miss Bala.

Maria Hinojosa sits down Garcia Bernal to talk about his career and recent work in Washington DC, where he was awarded the 2011 Human Rights Award for his work on telling “Migration and Development: Stories that make a difference” by the Washington Office on Latin America (WOLA.)