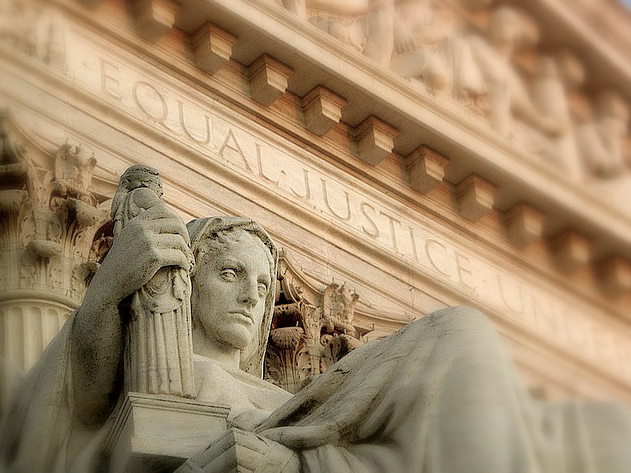 Judgment day has arrived for Arizona’s restrictive immigration law, as the U.S Supreme Court hears arguments on April 25. The court will decide how much authority states can have when it comes to immigration enforcement. María Hinojosa speaks to NCLR’s Immigration Legislative Analyst, Laura Vasquez and Mark Krikorian, executive director at the Center for Immigration Studies, about what’s at stake in the hearings that begin April 25.

Laura Vasquez is the Immigration Legislative Analyst at the National Council of La Raza in Washington, DC. Prior to joining NCLR, she was a Congressional Hispanic Caucus Institute Fellow and also a Constituent Caseworker for Congresswoman Eleanor Holmes Norton.

Mark Krikorian has been the executive director of the Center for Immigration Studies in Washington, DC. since 1995. Before joining CIS, he held several editorial and writing positions. Krikorian has a master’s degree from the Fletcher School of Law and Diplomacy. He authored “The New Case Against Immigration, Both Legal and Illegal.”

3 thoughts on “Supreme Court to rule on Arizona immigration law”