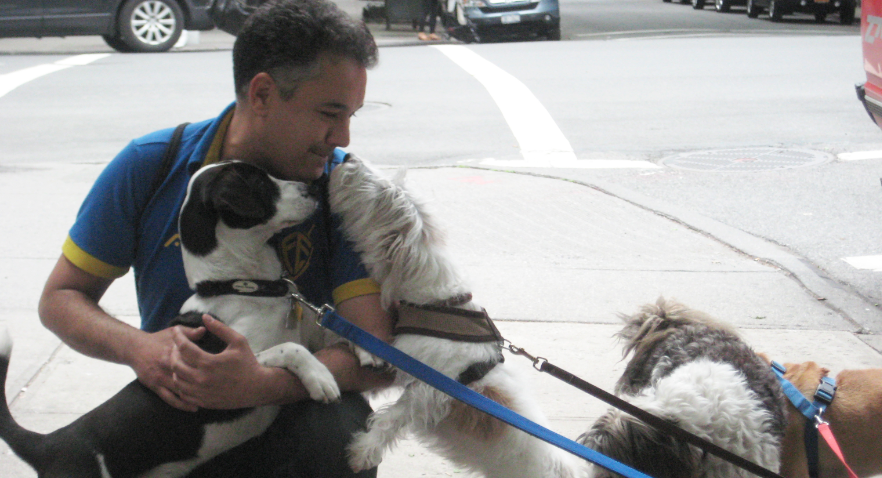 If you walk around Manhattan’s Upper East Side, you’ll see many dogs along with the walkers hired to take care of them. You may also notice that a majority of them are speaking Portuguese. Reporter Matt Draper set out to investigate why this niche market is dominated by Brazilians.

Matt Draper is a multimedia journalist. Draper, who has worked as a freelance writer and editor for many years, has covered a range of subjects: He’s written about senior athletes competing in an ultramarathon in Costa Rica; reported on the financial impact of the World Cup; and covered subway protests in New York City. He received his master’s degree from the City University of New York Graduate School of Journalism. Draper’s work has been published in the Huffington Post, The Daily, New York Post, Competitor magazine and Sports Business Journal, among other publications.

One thought on “Brazilians Go To The Dogs”