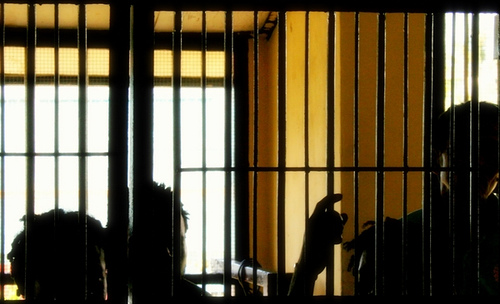 One guard died and twenty people were injured in a riot at a privately run immigrant prison on May 21, raising more questions about how these prisons are run. We speak to David Fathi, the director of the American Civil Liberties Union National Prison Project for an overview on the private incarceration system.

David Fathi is the Director of the American Civil Liberties Union National Prison Project. The ACLU project challenges to conditions of confinement in prisons, jails, and other detention facilities and works to end US overreliance on incarceration. From 2007 to 2010 he was Director of the US Program at Human Rights Watch, which works to defend the rights of particularly vulnerable groups in the United States.

One thought on “Private Prison Riot”