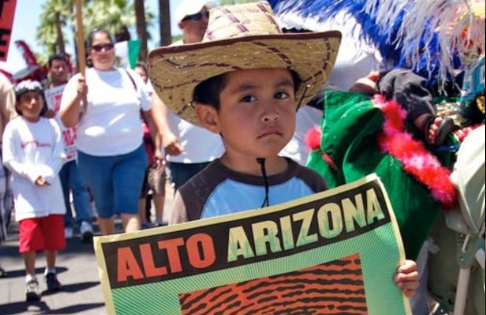 The Supreme Court’s mixed decision on Arizona’s immigration law prompted both skepticism and debate. The Court ruled against most of the law’s provisions but left one standing–the one known as the “papers, please” provision, which allows state and local police to question individuals on their immigration status. How did Latino groups in Arizona react? Seth Freed Wessler of Colorlines reports. Click here to read Seth’s work.

Seth Freed Wessler is an award-winning journalist who’s reported on immigration, the safety net, criminal justice and the human fallout of the financial collapse. He lives in New York where he works as an investigative reporter for Colorlines.com and a senior researcher at the Applied Research Center.Seth was recently awarded the Hillman Prize for his groundbreaking Colorlines.com investigation on deported parents who lose their children to foster care. In April, he was in the Supreme Court for oral arguments in Arizona v. United States, the SB 1070 case.