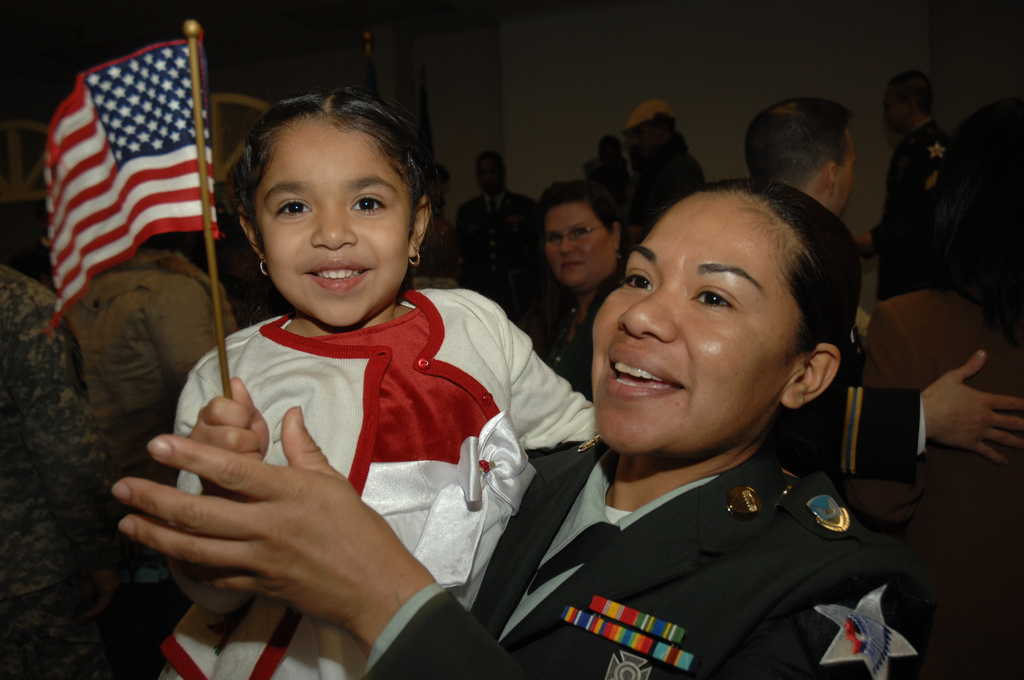 On July 4, President Obama delivered remarks at a naturalization ceremony for active duty service members, immigrants from Africa, Asia, Europe, and Latin America. The President was right in saying that these ceremonies – held from Monticello in Virginia to the Seattle Center in Washington – are “a perfect way to celebrate America’s birthday.”

“With this ceremony today — and ceremonies like it across our country — we affirm another truth:  Our American journey, our success, would simply not be possible without the generations of immigrants who have come to our shores from every corner of the globe,” Mr. Obama said. “We say it so often, we sometimes forget what it means — we are a nation of immigrants.  Unless you are one of the first Americans, a Native American, we are all descended from folks who came from someplace else — whether they arrived on the Mayflower or on a slave ship, whether they came through Ellis Island or crossed the Rio Grande.”

The Office of Immigration Statistics reports that last year 694,193 individuals became citizens. While that might seem like an impressive number, 8.1 million legal permanent residents were eligible to naturalize in 2010. Why didn’t more immigrants naturalize? Why do so many choose not to become U.S. citizens?

For one thing, the $680.00 total cost for fees is prohibitive and the entire process intimidating. Some experts also cite limited English skills, lower education levels and lower income levels as barriers to naturalization.

But there are others who face no such barriers and have opted not to naturalize, dodging any responsibilities to a country they are reaping from. I personally know of a few who simply could not be bothered. These are folks who have been here for many years, with no intent of returning to their homelands any time soon.

On the flip side of the coin, there are millions of immigrants who want nothing more than to become full-fledged members of our society, particularly the undocumented youth and other unauthorized immigrants who consider America their home but are not eligible thanks to our broken immigration system.

The act of naturalization not only confers the rights and benefits of citizenship, it is also a ceremony in which immigrants commit to the responsibilities that come with the privilege of being an American. Choosing to become a U.S. citizen brings obligations such as voting, paying taxes, and when necessary, fighting for our country. The President saluted the new Americans for being “willing to work hard, play by the rules, and meet their responsibilities,” just like generations of immigrants before them.

If you have the opportunity and means to become a U.S. citizen, take it. It’s your responsibility as an individual to join generations of other immigrants who have committed to their adopted homeland and made it great.

Fi2W is supported by the New York Community Trust and the John S. and James L. Knight Foundation with additional support from the Ralph E. Odgen Foundation and the Sirus Fund. Photo courtesy of Flickr.