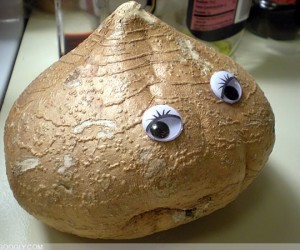 Performance artist Mero Cocinero Karimi has focused his work in the past few years around educating and empowering communities at risk for Type II diabetes. He shares part of a new performance piece, called “28 days of good energia,” drawn from stories and practices on food and health he’s collected around the country.

Mero Cocinero Karimi is an Iranian-Guatemalan cook to revolutionaries & dreamers, and host of The Cooking Show con Karimi & Comrades, a live cooking performance for your heart, mind, stomach & funny bone. His role as an advocate for healthy communities through laughter & cooking has brought him to Alaska, Mexico, and everywhere in between. A frequent speaker on television shows & at universities, the Associated Press called his show ‘a globally flavored recipe that packs some punch lines.’ Mero is a proud graduate of the Paolo Freire Culinary Institute, and has cooked for such luminaries as DJ Peanut Butter Wolf, poets Tato Laviera, Jose Montoya, Yuri Kochiyama and Michele Serros, and hiphop superstar MF Doom. His latest episodes focus on cultural foods as a source of healing. For him ‘the revolution starts in the kitchen, one kitchen at a time.’