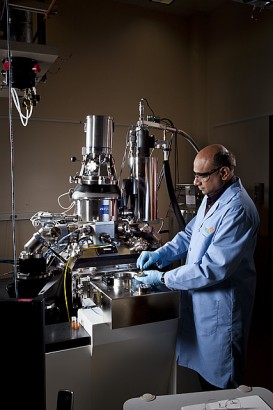 Yesterday, House GOP members tried and failed to pass legislation meant to keep the best and the brightest foreign students in the United States — at least the ones who earned doctorates from our better universities in science, technology, engineering and math (STEM).

Authored by Rep. Lamar Smith of Texas, the STEM Jobs Act would have provided up to 55,000 green cards a year to STEM graduates who agree to work for at least five years for a US employer in a related field.

The bill made sense since we desperately need the talent to stay competitive in the global economy. In a letter addressed to President Obama, 165 university leaders warned that “one quarter of US science and engineering firms already report difficulty hiring, and the problem will only worsen: the US is projected to face a shortfall of 230,000 qualified advanced-degree workers in scientific and technical fields by 2018.”

A “Dear Colleague” letter circulated Tuesday by leaders of the Tri-Caucus – the Congressional Asian Pacific American, Black, and Hispanic Caucuses – argues that the STEM Jobs Act would effectively eliminate a legal immigration path for some groups, particularly those from African nations, “whose residents were issued approximately 50 percent of such visas in recent years.”

While the Tri-Caucus leaders and other Democrats agree that there is a need to keep STEM graduates in the United States, they contend that “the zero-sum approach of House Republicans, where we are forced to rob Peter of his visa so Paul can wait in a shorter line, is poor policy with poor prospects for becoming law.”

Rep. Zoe Lofgren of California, who has put forth a bill similar to Smith’s, but which keeps the diversity lottery program intact, charges that that the GOP’s sudden enthusiasm to pass a bill before Congress’s campaign recess is purely political.

“Democrats strongly support STEM visas, and we believe there is a unique opportunity here to craft a balanced, bipartisan bill that can pass the Senate,” Lofgren said. “But the Republicans have instead chosen to rush a partisan bill that has no chance of becoming law to score political points. It seems the only reason our colleagues have chosen to pursue this strategy right before an election is to attempt to appear more immigrant-friendly and to curry favor with high-tech groups.”

In a statement released last night, Smith expressed his disappointment.

“Unfortunately, Democrats today voted to send the best and brightest foreign graduates back home to work for our global competitors,” Smith said. “Their vote against this bill is a vote against economic growth and job creation.”

A bill that would have allowed foreign talent to stay in the country and contribute to our competitiveness and prosperity makes sense, whatever the political motivations behind it might be.

However, as policies are crafted to address our nation’s workforce needs, our lawmakers have to acknowledge that we also rely on other kinds of talent and labor, not just STEM graduates.

“America’s economy needs the skilled farmworker as much as it needs the skilled engineer,” said Ali Noorani, Executive Director of the National Immigration Forum, in a statement. Indeed, our farms are faltering due to lack of farm hands, thanks in large measure to anti-immigrant policies and sentiment.

“Despite the abundant harvest, asparagus growers had to leave 10 percent of their crop in the field this year due to lack of pickers,” complained Ralph Broetje, President of Broetje Orchards in Washington state, one of the largest privately owned orchards in the country. In a press release from the National Immigration Forum, Broetje said “The skilled labor source that we depend on is rapidly disappearing. If Congress does not act soon, U.S. farms will move their operations to other countries that are more cost-effective and have an adequate labor supply. If you look at that apple juice label and see where it’s coming from — it’s already happening.”

“Right now, all across America, there’s a flurry of activity on farms. And there’s a flurry of activity in Congress to provide STEM visas,” said Craig J. Regelbrugge, Co-Chair of the Agricultural Coalition for Immigration Reform in the same release from the National Immigration Forum. “At the end of the day, we don’t just need STEM, we need STEAM — Science, Technology, Engineering, Agriculture and Math.”

What we really need is a sane and rational approach to reforming our immigration system. Not to mention a functioning Congress which has our nation’s best interests in mind. Unfortunately, it looks like we will not be getting either any time soon, regardless of the outcome of the November election who ends up controlling the House.