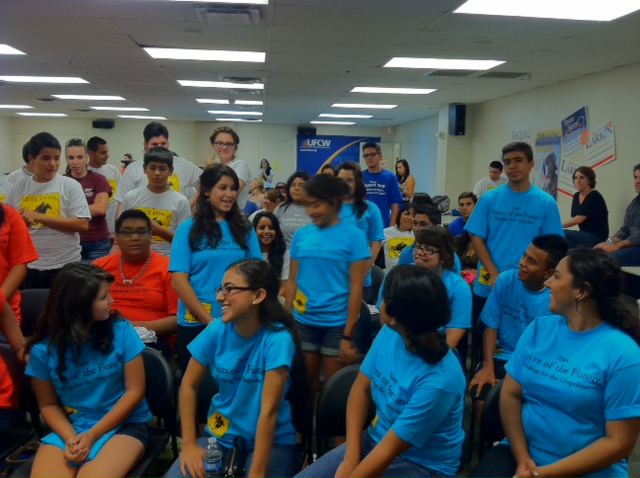 In Arizona, the presidential race drives Latino voters and activists less than local issues, such as the state’s immigration law and the Maricopa Country sheriff’s race. Reported by Valeria Fernandez of the Feet in Two Worlds project. Valeria Fernández, a native of Uruguay, has been reporting on Arizona’s immigrant community and the many angles and faces of the immigration debate for the ten years she has been in the U.S. As a senior reporter for La Voz Newspaper, Fernández produced in depth features about the plight of unaccompanied minors mistakenly charged as adults for crossing the U.S. border. The National Association of Hispanic Publications named Fernández “Latina Journalist of the Year” in 2004. She also won a national award for her series on the Maricopa County Sheriff’s immigration sweeps in Hispanic neighborhoods in 2009. Fernández is a versatile journalist that currently freelances for CNN Español, CNN International, Radio Bilingue, Inter Press Service, La Opinión, New America Media, and the Arizona Republic. Freelancing for the Phoenix New Times, she recently broke stories on the Maricopa County Sheriff’s Office practice of shackling pregnant women during labor.

One thought on “ALL POLITICS ARE LOCAL”