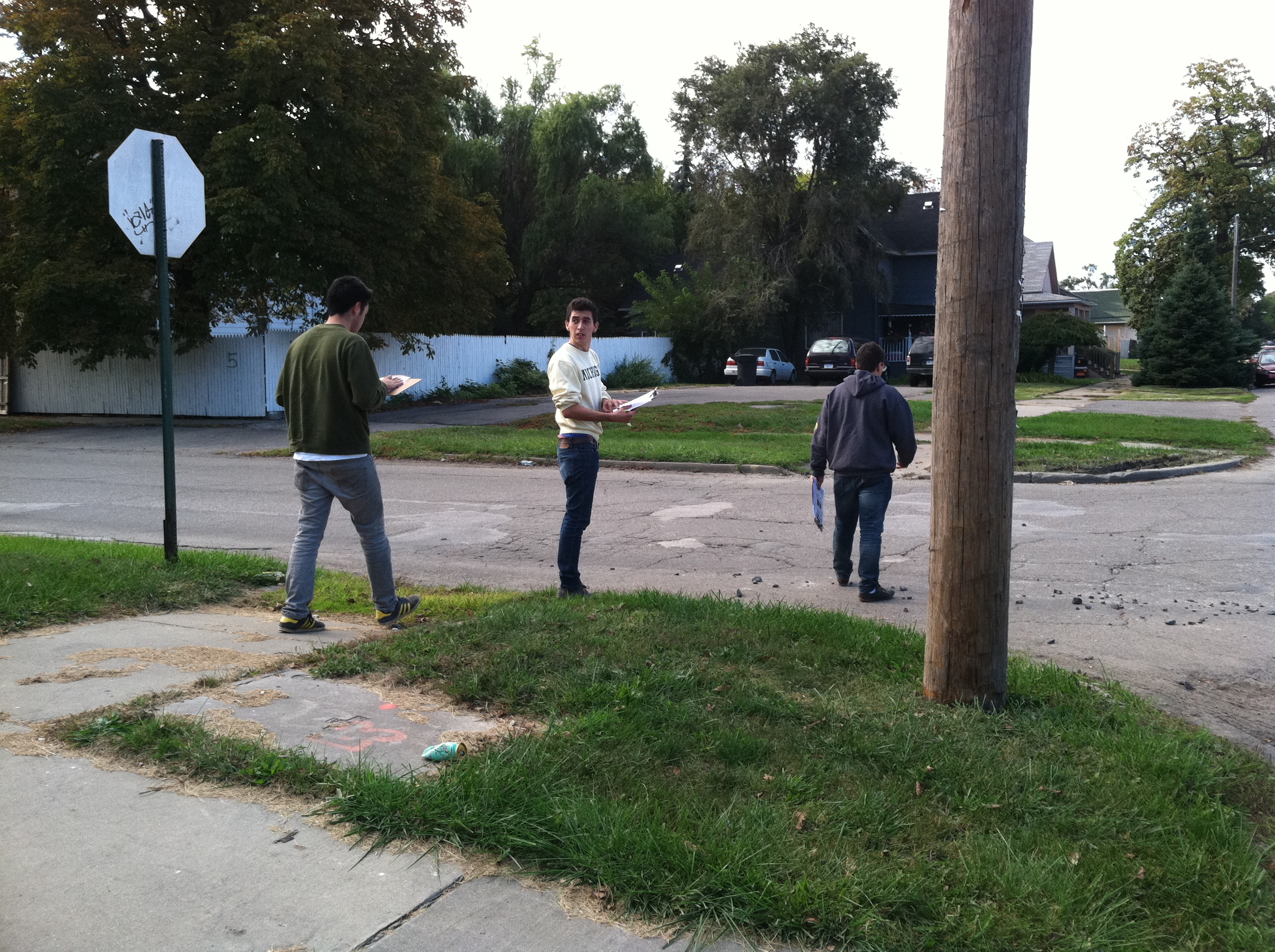 Daniel Morales was a tireless volunteer with the Obama campaign four years ago. Disillusioned now with party politics, Morales is still politically active, but his focus is on causes that are close to his own heart rather than on a single candidate. Reported by Martina Guzman of the Feet in Two Worlds project. Martina Guzmán is a Community Reporter and Producer for WDET, Detroit’s public radio station. Before coming to WDET, Martina worked as a screenwriter for various public service initiatives and as an independent marketing and PR consultant for television, live music events, film festivals, magazines, and political candidates. In 2009 she directed the feature documentary, The Accidental Mummies of Guanajuato which aired on PBS. She has been recognized as Best Individual Reporter by the Associated Press of Michigan. In 2011 her series, The Detroit-Berlin Connection, was awarded best series by the Michigan Broadcasters Association and first place for Best Investigative /Enterprise Reporting from the Associated Press of Michigan. In 2012 Martina was selected by New American Media as a MetLife Foundation Journalist in Aging Fellow. Martina has been a guest lecturer at Brown, Columbia and Duke University as well as the University of Notre Dame, The University of Michigan and the University of Texas-Austin. She is a graduate of Journalism School at Columbia University in New York City.