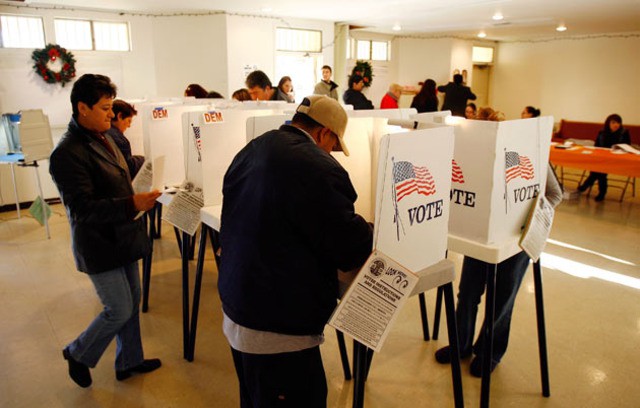 As the elections wrap up, we have briefings from key areas around the country where the Latino vote had a key impact on the election – and also reflects America’s changing demographics. Ashley Lopez is a reporter for WLRN-Miami Herald News. She also splits her time as a reporter/blogger for the Florida Center for Investigative Reporting and as a local print reporter for The Miami Herald. Previously, Lopez was a reporter/blogger for The Florida Independent — a nonprofit news blog that covered Florida politics and public policy. A native Miamian, Lopez graduated from the University of North Carolina at Chapel Hill with a journalism degree. She also interned for Talking Points Memo and an NPR affiliate in Durham, North Carolina. Robbie Harris is WVTF/RADIO IQ‘s New River Valley Bureau Chief. Based in Blacksburg, Robbie covers the New River Valley and southwestern Virginia. She is a former news director of WBEZ/ Chicago Public Radio and WHYY in Philadelphia, where she led award-winning news teams and creative projects. She has also worked in public and commercial television, as well as print journalism. News Director Peter O’Dowd leads a newsroom that includes reporters in seven Southwestern bureaus. His work has aired on The BBC, NPR’s Morning Edition, All Things Considered, Talk of the Nation, and American Public Media’s Marketplace. He’s covered technology, the housing bubble and the constant flap over immigration policy that keeps Arizona in the national spotlight. Peter began his radio career at Wyoming Public Radio. He has a master’s degree from Columbia University’s Graduate School of Journalism, and he’s taught English in Tokyo, Japan.