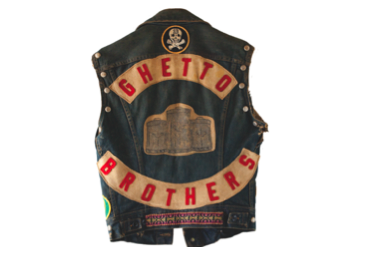 The improbable story of Power Fuerza, the album that laid the ground for the birth of hip hop. The Ghetto Brothers were a gang that brokered peace among other Bronx gangs, took up guitars and combined Beatles melodies, James Brown funk and Santana psychedelic fuzz in a record that sounds like nothing less than a party.

Carolina Gonzalez is an award-winning journalist and scholar with over two decades of experience in print and radio. She served as an editorial writer at the New York Daily News, and has covered education, immigration, politics, music and Latino culture in various alternative and mainstream media outlets, such as WNYC radio, AARP Segunda Juventud, SF Weekly and the Progressive Media Project. The guidebook she co-authored with Seth Kugel, Nueva York: the Complete Guide to Latino Life in the Five Boroughs, was published in 2006 by St. Martin’s Press. She was raised in Santo Domingo, Dominican Republic, and Queens, New York and lives in Brooklyn, New York.