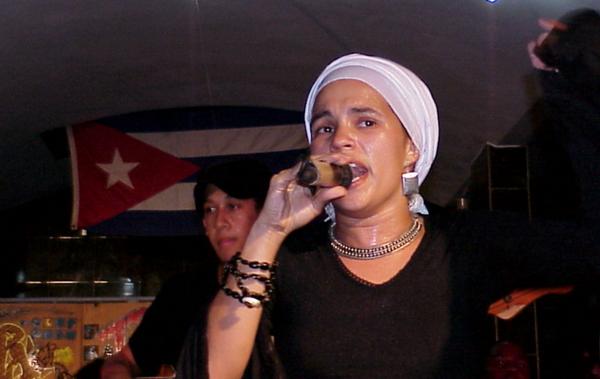 While the hip hop movement in Cuba has been developing for many years, women rappers have struggled to make inroads. One of the few to break through has been Telmary Diaz. Though she now lives outside of the island, her music focuses on her experiences as a Cuban woman.

Telmary Diaz, better known as Telmary, is an award-winning Toronto-based Cuban rapper, musician, and spoken-word artist. In 2007 she released her first solo album A Diario to rave reviews. She made her film debut in “Todas las noches terminan en el Malecon” by Cecilia Araujo (Brazil 2001), and her feature debut in “Musica Cubana” by German Krall (2004). She has also worked to the 2005 Spanish film “Habana Blues” by Benito Zambrano, and contributed the soundtrack of the 2002 Italian film “MalaHabana” by Guido Giansoldatti.