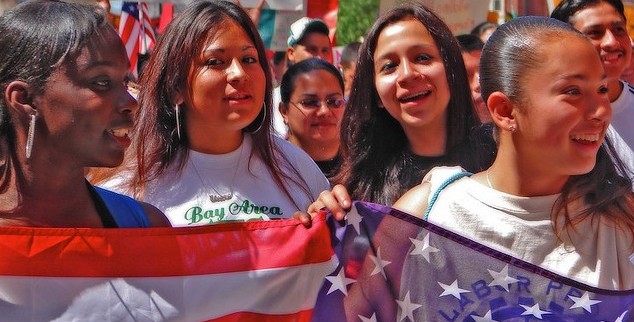 The influence of the Latino vote grabbed the headlines in this past election, and has brought comprehensive back into the political agenda. But how can Latinos take advantage of this political opening, and what other issues will they try to influence next? Host Maria Hinojosa speaks with Maria Teresa Kumar of Voto Latino and Jennifer Korn of Hispanic Leadership Network. Jennifer S. Korn is Executive Director of the Hispanic Leadership Network. Ms. Korn has 18 years of experience as a conservative strategist. Previously, Ms. Korn served in the George W. Bush Administration as Director of Hispanic and Women’s Affairs in the White House, as well as Senior Advisor to the Attorney General at the U.S. Department of Justice.

Prior to her public service, Ms. Korn was National Hispanic Director and Southwest Coalitions Director on President Bush’s 2004 re-election campaign. As such, she developed and supervised the implementation of the strategy that resulted in President Bush receiving 44% of the Hispanic vote. Ms. Korn was born in East Los Angeles and is the first in her family to attend college. She is a military spouse. Maria Teresa Kumar is the President/CEO of Voto Latino. Her strong record of accomplishment has earned her high profile recognitions, including being named as one of the 20 most notable Latinos under 40 by PODER Magazine, and numerous leadership awards including an Emmy nomination, the White House Project, Imagen Foundation and the New York legislature.

In addition to being a frequent commentator on MSNBC, Maria Teresa serves as an occasional blogger for national outlets. Maria Teresa started her career as a legislative aide. She received her Master’s degree in public policy from Harvard’s Kennedy School of Government and a Bachelor’s in international relations from the University of California at Davis.