We take a closer look on what’s Latino in this year’s Sundance Film Festival, which takes place this month in Park City, Utah. We talk to Sundance Festival Senior Programmer Shari Frilot, and to blogger, film critic and Sundance programming associate Christine Davila. Christine Dávila is a first generation Mexican-American born and raised in Chicago. Her passion for discovering original and underrepresented voices led her to pursue a career in film festival programming.  She started to screen films for the 2008 Sundance Film Festival where she is currently a Programming Associate, and also evaluates projects for Sundance Institute’s International Screenwriters lab.  Davila has also been an Associate Programmer for The San Francisco International Film Festival, Los Angeles Film Festival, and the Morelia International Film Festival.  She programs a monthly screening series in LA’s Downtown Independent theater.  A regular volunteer at Centro Del Pueblo, a non-profit community service center for at risk youth in Echo Park, she also writes, not as frequently as she’d like to, on her blog, http://chicanafromchicago.com a forum where she tracks, interviews and covers US Latino films and filmmakers.

An alumna of Harvard/Radcliffe University, and the Whitney Museum Independent Study Program, Shari Frilot is a filmmaker who has produced television for the CBS affiliate in Boston and for WNYC and WNET in New York before creating her own independent award-winning films, including Strange & Charmed, A Cosmic Demonstration of Sexuality, What Is A Line? and the feature documentary, Black Nations/Queer Nations? She is the recipient of multiple grants, including the Ford Foundation and the Rockefeller Media Arts Foundation.

Shari is presently the Senior Programmer for the Sundance Film Festival. She is the curator and driving creative force behind New Frontier, an exhibition and commissioning initiative that focuses on cinematic work being created at the intersections of art, film and new media technology. 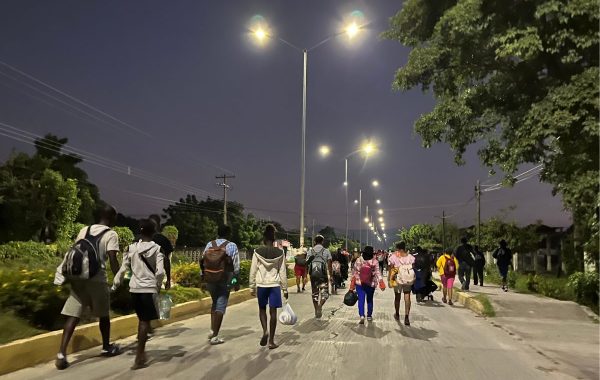