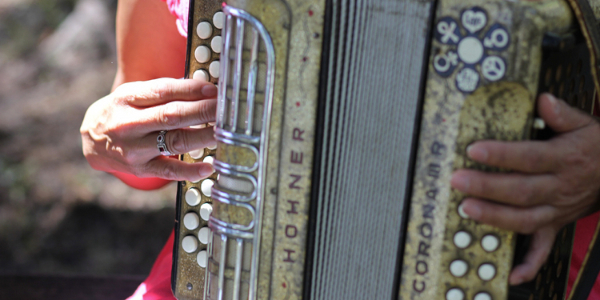 Meet the Garza sisters. Playing Tex-Mex Conjunto music publicly used to be the sole domain of men…till sisters Lala and Marcella took up the accordion and the drums. They’re back on the scene after many years. Delaney Hall brings us this story from Stories from Deep in the Heart.


Click here to download this week’s show. This story was reported by Arlette Flores, Jennifer Gonzalez, Roberto Hernandez, and Steven Ugalde and produced by Delaney Hall. It was originally produced for Stories from Deep in the Heart, a project of Texas Folklife Delaney Hall is a radio producer and multimedia reporter in Austin, TX. She’s the lead producer of the Austin Music Map, a community documentary project based at KUTX and produced in collaboration with the Association of Independents in Radio and Zeega.

2 thoughts on “GIRLS OF CONJUNTO”