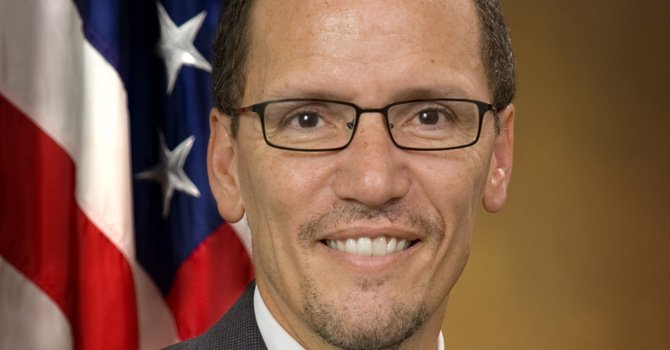 President Obama’s nominee for Secretary of Labor is Dominican-American Thomas Perez, one of only two Latino cabinet nominees. Maria Hinojosa talks to legal analyst Andrew Cohen Perez and his track record at the Department of Justice, where he is currently Assistant Attorney General for Civil Rights. Andrew Cohen is a fellow at the Brennan Center for Justice. He is also a legal analyst for 60 Minutes, a contributing editor at The Atlantic, and a chief analyst and legal editor for CBS Radio News. He has won a Murrow Award as one of the nation’s leading legal analysts and commentators. He is the winner of the American Bar Association’s 2012 Silver Gavel Award for his Atlantic commentary about the death penalty in America.