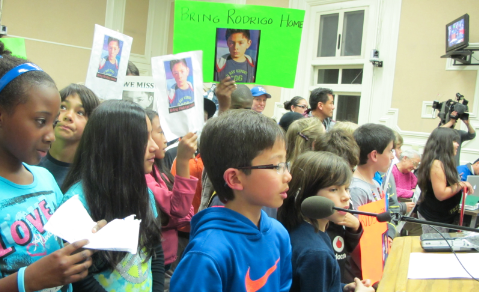 Nine-year-old Rodrigo Guzman was denied entry back into the United States after a routine visit to Mexico with his family. When his classmates at Jefferson Elementary School in Berkeley heard about Rodrigo’s dilemma, they started an online campaign to allow the family to return. Reporter Andrew Stelzer reports on the fourth-graders’ efforts to petition Congress for Rodrigo’s return, and for a fair and logical federal immigration policy.