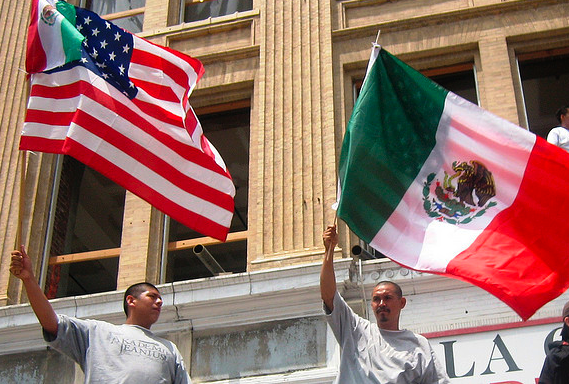 President Obama’s visit to Mexico came with immigration reform at the center stage in Washington. And with Mexican nationals making up more than half of all undocumented immigrants living in the U.S, where is Mexico in the discussion? María Hinojosa speaks with former Mexican Ambassador Arturo Sarukhan.

Arturo Sarukhan served as Mexico Ambassador to the United States from 2007 to 2013. He is currently the Chairman of Global Solutions, a Podesta Company, and a global strategic consulting and risk assessment firm. He served for 20 years in the Mexican Foreign Service, as Chief of Policy Planning at the Foreign Ministry, and he was appointed Mexican Consul-General to New York City. In 2006, he joined the Presidential Campaign of Felipe Calderón as Foreign Policy Advisor and International Spokesperson and was tapped to coordinate his foreign policy Transition Team.

2 thoughts on “Where is Mexico on U.S Immigration Reform?”