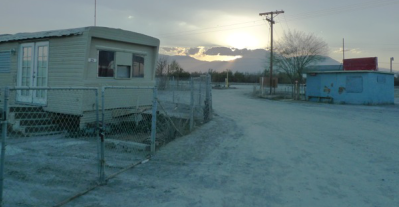 Thousands of farmworker families in California’s eastern Coachella Valley live in mobile home parks. They’re cheap and convenient to the farms but many of them are in terrible conditions. One of them –Duroville– is closing by court order and most of its residents are moving into a new park built with county money allocated before major budget cuts. In the new budget reality, some advocates say don’t close the bad parks –let them stay open and renovate slowly. Lisa Morehouse reports.

Lisa Morehouse is an award-winning independent public radio and print journalist, who’s filed for KQED’s The California Report, NPR’s Latino USA and All Things Considered, Edutopia magazine and McSweeney’s. Her reporting has taken her from Samoan traveling circuses to Mississippi Delta classrooms to the homes of Lao refugees in rural Iowa.  She’s currently working on After The Gold Rush: The Future of Rural California, an audio documentary website and series. A former public school teacher, Morehouse also works with at-risk youth to produce radio diaries.