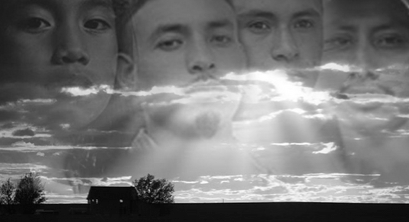 Five years ago, Immigration and Customs Enforcement agents closed in on a kosher slaughterhouse in Iowa and carried out the largest immigration raid in U.S history. Latino USA host María Hinojosa speaks with filmmaker Luis Argueta, director of “Abused: the Postville Raid,” a documentary about the raid’s impact on immigrant families and on the town.

Luis Argueta is a film director and producer whose work spans features, documentaries, shorts and episodic TV. He has also worked as commercial director, lecturer and teacher in the United States, Europe and throughout the Americas.  Born and raised in Guatemala, Argueta is a US Citizen and has been a resident of New York since 1977. His film The Silence of Neto is the only Guatemalan film ever to have been submitted to the Academy Awards competition and he is the only Guatemalan director to have received a CLIO. In April 2009, the British newspaper The Guardian, listed Mr. Argueta as one of Guatemala’s National Living Icons, alongside Nobel Laureate Rigoberta Menchu and Singer/Songwriter Ricardo Arjona.