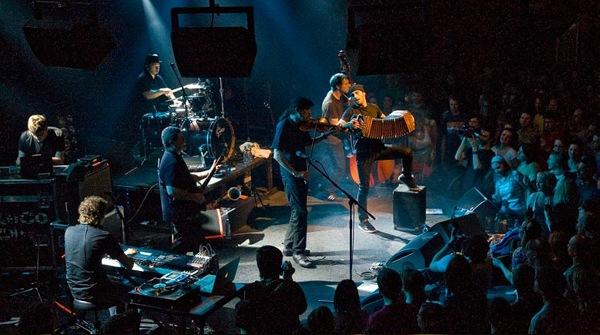 Click below for an extended version of Maria’s interview with Gustavo Santaollala:

Gustavo Santaolalla is a composer, producer, guitarist, and he directs a record label and a publishing company. His production career started with Argentine singer Leon Gieco in 1973. He continued to work on albums by G.I.T. and Divididos (La Era de la Boludez), and later with Mexican bands like Maldita Vecindad and Café Tacuba. His work as a film score composer began with his contribution to the soundtrack for “The Insider.” He later worked on “Amores Perros”, “21 Grams”, “Motorcycle Diaries”, “Brokeback Mountain”, and “Babel”.