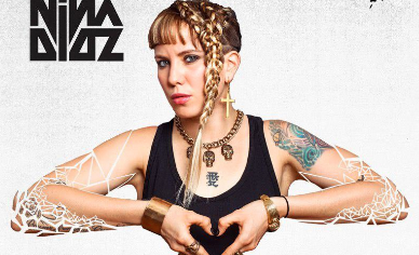 Carla Reyna, better known by her MC name Niña Dioz, emerged from the underground hip-hop scene in Monterrey, Mexico. After years of making a name for herself in Mexico and internationally on the hip-hop festival circuit, she has finally released her first full-length album, “Indestructible,” a collection of Spanglish rhymes and high-energy beats.

One thought on “Spitting in Spanglish”