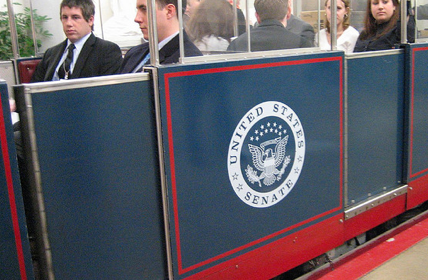 Just after the last presidential election, prominent Republicans sent a clear message to support an immigration overhaul. But after months of debate, divisions among Republicans in Congress over a path to citizenship in the bill threaten the new pro-Latino rhetoric the party has worked so hard to promote. Matt Laslo reports from Washington.

Matt Laslo is a freelance reporter who has been covering Congress, the White House and the Supreme Court for more than five years. He has filed stories for more than 40 local NPR stations. His work has also appeared in The Atlantic, The Chattanooga Times Free Press, National Public Radio, The Omaha World-Herald, Pacifica Radio, Politics Magazine, and Washington Magazine.