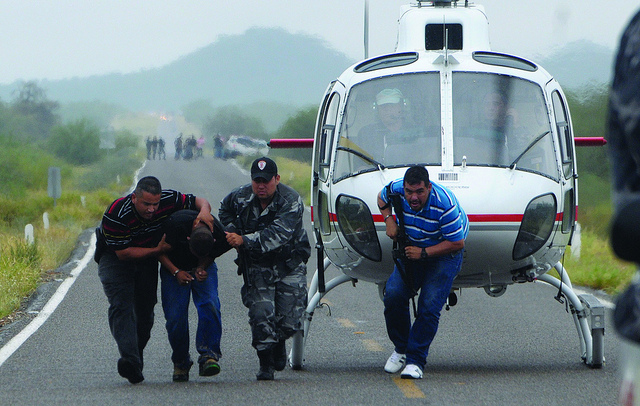 After the kidnapping and beheading of the police chief in a Mexican border town, no one dared to replace him. But Marisol Valles Garcia, a twenty-year-old mother and student took the post as police chief in one of the most violent regions in the world. Today, she and her family are seeking political asylum in the U.S. Andres Caballero reports.

Andrés Caballero has been an active contributor to Latino USA for more than a year. He holds a M.S. in Journalism from the Columbia University School of Journalism, and a B.S. in Political Science from Notre Dame De Namur University. He covers issues that affect Latinos across the U.S., and he has also contributed to New America Media, the Hispanic Link News Service in Washington D.C., and El Tecolote in San Francisco.