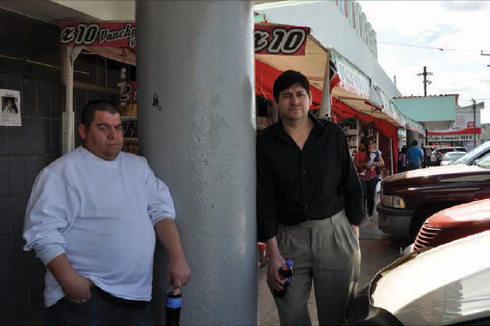 Mexican deportees are often dropped off in dangerous border cities at night. Reporter Maria Zamudio takes us to the Mexican city of Matamoros to see what they face when they arrive.

For Maria’s report in The Chicago Reporter, click HERE.

Maria Zamudio is an award-winning investigative reporter. She joined The Chicago Reporter Magazine to cover immigration, labor and health in 2011. Prior to joining the investigative magazine, she spent three years in California working for several daily newspapers. She’s a bilingual reporter and blogger with experience producing radio and video stories. She been awarded many prestigious fellowships including  the New York Times fellowship in 2003. She graduated from the University of Illinois at Urbana-Champaign in 2007.