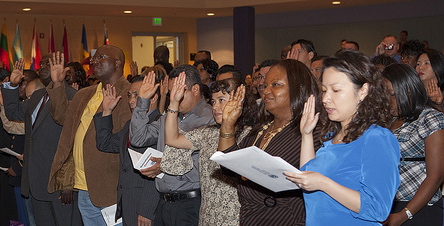 You might think immigration reform would make it easier for people to come to the U.S. But one proposal on the table, the elimination of the Diversity Visa program would actually have the opposite effect. Matt Laslo reports.

Based on Capitol Hill, Matt Laslo is a freelance reporter who has been covering Congress, the White House and the Supreme Court for more than five years. While he has filed stories for more than 40 local NPR stations, his work has also appeared in The Atlantic, The Chattanooga Times Free Press, National Public Radio, The Omaha World-Herald, Pacifica Radio, Politics