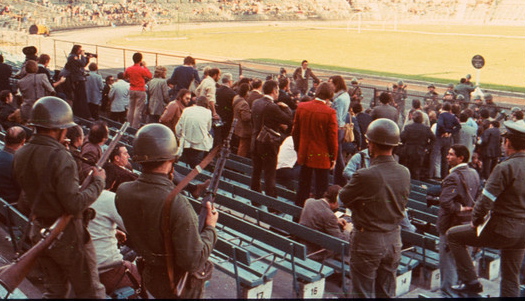 Reporter Alexandra Hall sends us an audio postcard from Santiago, Chile, on the fortieth anniversary of the U.S. backed coup against Salvador Allende. Alexandra Hall is an independent radio producer currently based in Santiago. She holds an M.A. in Latin American Studies from Columbia and a B.A. in Spanish from UC Santa Cruz. Alexandra is an intern with Chile’s finest news station, Radio Cooperativa, and the Co-host of NACLA Radio. She is best known for going rogue to get the story- from New England to the Southern Cone.